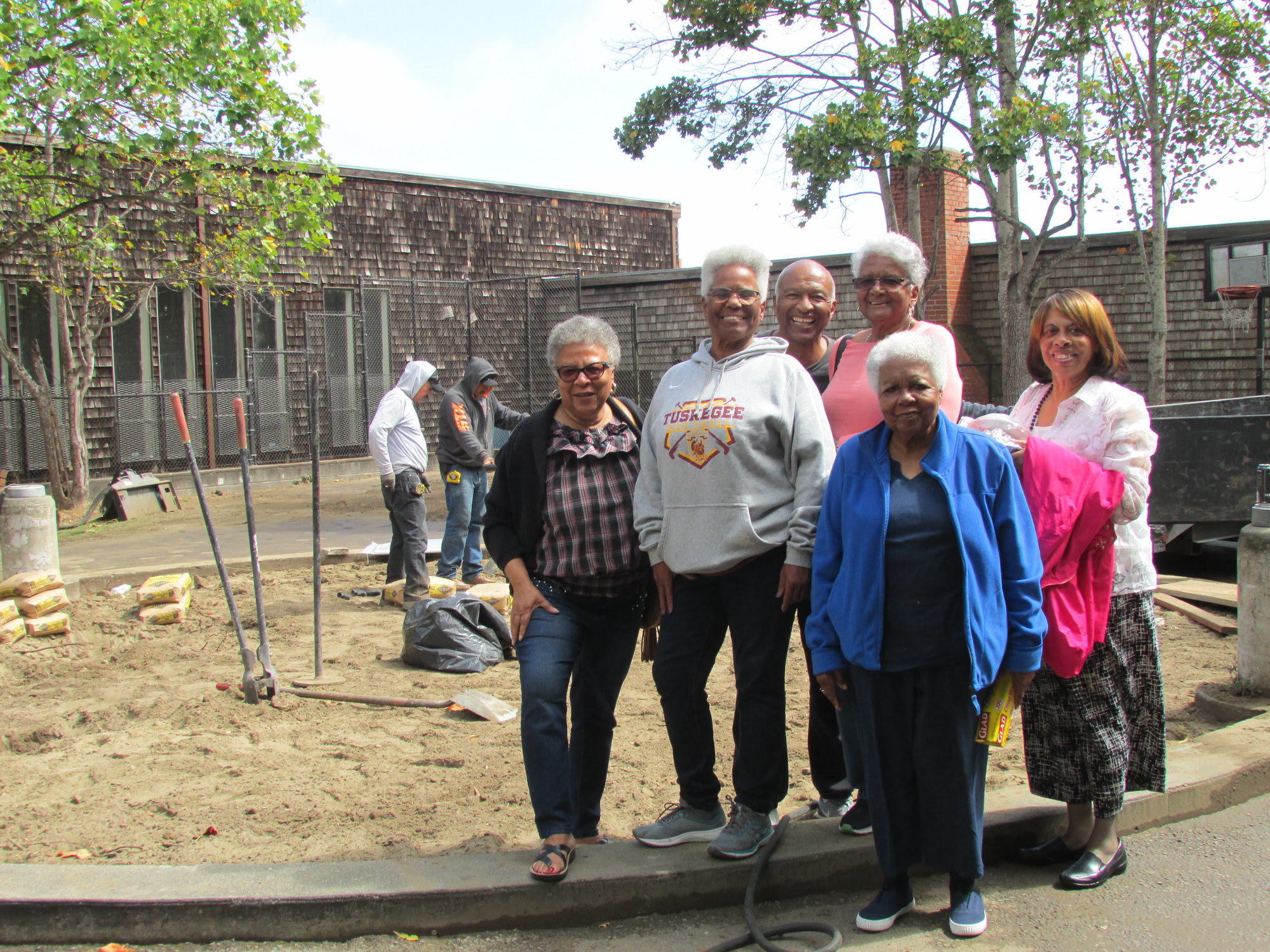 This summer, 80 youth enrolled in the Marin City summer recreation program attended garden nutrition classes coupled with hands-on gardening. Youth prepared their buckets for planting, selected vegetables and herbs to plant and took care of their plants weekly while learning the basics of gardening in the classroom. For the second year, the program was run by youth participating in the County’s Career Explorer Program.

The Career Explorer program is an 8-week paid summer internship for youth ages 16-22. Youth are Marin residents living in communities facing barriers to employment or other social and economic hardships. The Nutrition Wellness Program participates in the program each year. We recruit youth, train them on program curricula and support them in a “Train the Trainer” model as they implement what they’ve learned. Four Career Explorer youth successfully participated in the program this year. They prepped for lessons each week, prepared taste tests and taught classes to youth attending the Marin City garden program. They also supported the San Pedro Elementary School farm harvesting, weeding and prepping the farm for planting. 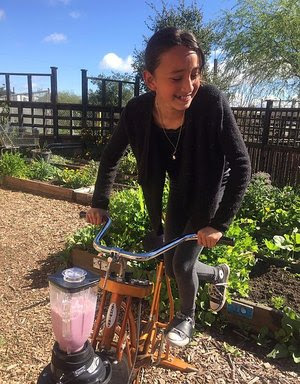 Since 2017, the San Pedro Elementary school garden has produced close to 4000 pounds of organic produce. Sanzuma built and manages the garden. They sell the produce to the San Rafael City School District and local restaurants. All monies generated from sales are put directly back into the program.

To extend the growing season and increase the yield and availability of healthier foods, Sanzuma is currently installing a Hoop House. If you have any questions, or would like to know more about Sanzuma‘s “Farm to Cafeteria” program, please email Executive Director Lori Davis at lori@sanzuma.org.

Sanzuma and Community Action Marin (CAM) formed a new partnership to create a school farm at CAM’s Old Gallinas Early Childhood Center site. The site serves over 250 low income children and is one of the largest campuses run by CAM. Sanzuma, who has experience creating school farms in the San Rafael City School District will be designing and installing a production farm for CAM’s Old Gallinas School site.

Plans for the upcoming garden is already generating excitement among parents. They have dubbed the project “Viviendo Verde” — Living Green. Sanzuma’s Executive Director, Lori Davis, shared her appreciation for the partnership and the opportunity to expand the garden model to an early childhood site. She spoke about the importance of having kids understand where their food comes from and providing them healthy options at an early age.

The Marin HEAL Employment and Training Task force successfully launched its First Annual Marin City Job and Resource Fair on September 10, 2019. The Fair brought together over 50 service providers and businesses under one roof, for a coordinated service delivery approach. Over 120 families, seniors and youth attended the event.

The Task force will be meeting in November to discuss next steps and ways in which integrated services that address the broader needs of the community can be implemented. If you would like to be involved in the HEAL Employment and Training Task force, contact Elaini Negussie at enegussie@marincounty.org

Stenciling for Structured and Sustained Movement

For over 3 years, the County’s Nutrition Wellness Program (NWP) has partnered with community organizations and early childhood centers to transform parks and school playgrounds through stenciling, and boost structured physical activity opportunities. To date, NWP has stenciled over 6 parks and playgrounds, including Pickleweed Park, Old Gallinas Children’s Center and Hamilton Headstart.

Recently, the NWP partnered with CreArt Preschool in San Rafael to create a Physical Activity area for students in the center. The NWP team provided program guidance and stenciling materials to the early childhood center. CreArt is part of the Marin Child Care Council’s (Mc3) Healthy Eating Active Living (HEAL) program. Over the past three years, CreArt has set personal goals to bring more HEAL initiatives to their program, such as garden-based education and physical activity. Thirteen parent volunteers joined to support Patricia Van der Beek, the director of CreArt, to transform an underutilized black top, into a colorful and fun movement area for tricycles, hopscotch and more. The children love the new play area and have been getting out and being more inspired to move than ever before.

The Task force recruited 12 new seniors to participate in the intergenerational garden. They worked with Covia to establish a Senior Farmer’s Market and Flea Market, and they supported the implementation of a Senior Fitness Zone,  in an easily accessible location, next to the garden.

Want to find out more about the work of the HEAL Collaborative?